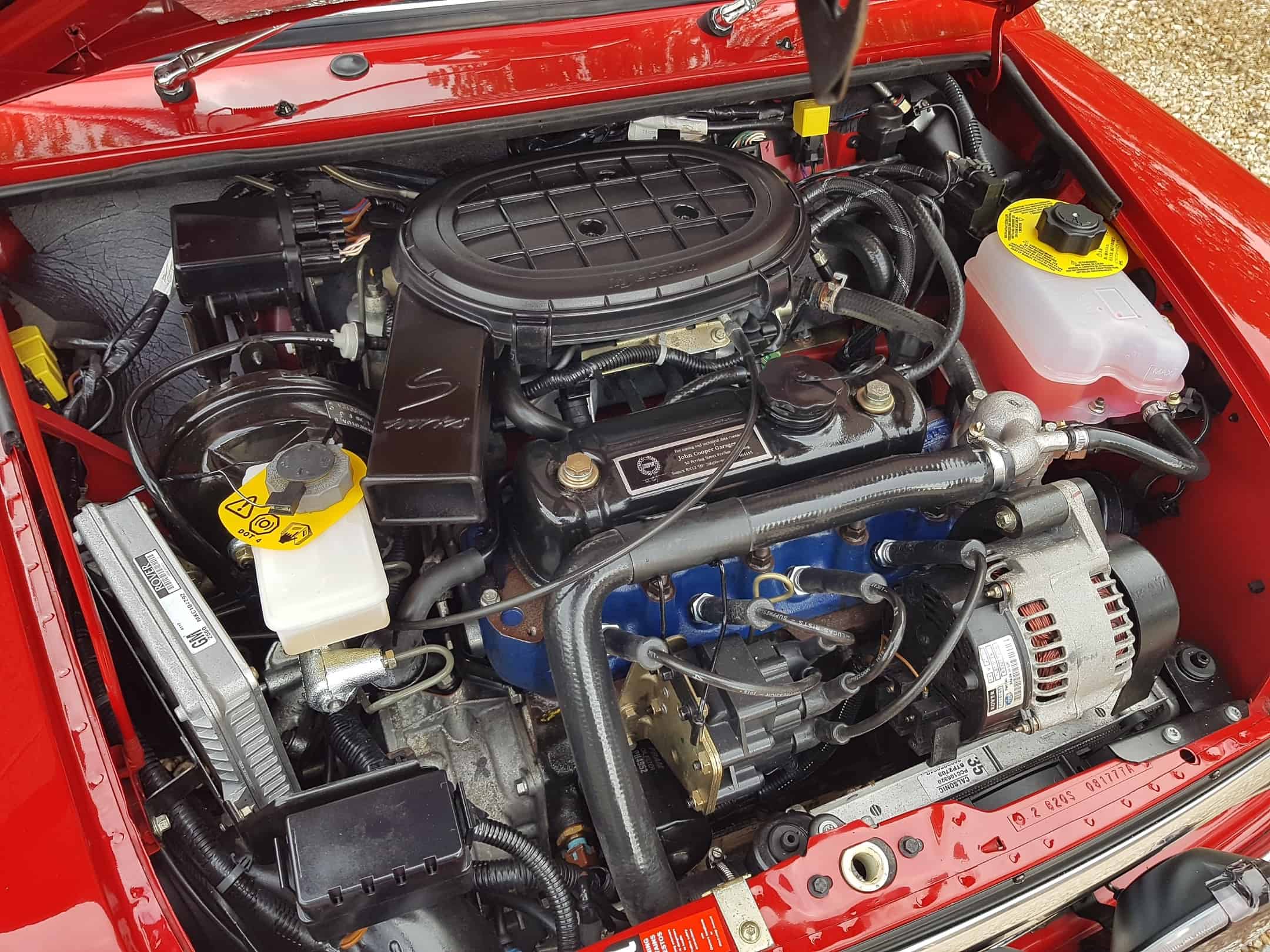 Call Us
Email Us
Rover

2001 Y Rover Mini Cooper Sport 500 John Cooper S Works in Solar Red with a silver roof, bonnet stripes and mirrors. It was bought new and after 445 miles / 4 months it was taken to John Cooper Garages and converted to 90 BHP S Works specification. It was then enjoyed for another year and then sold to it last owner on 1900 miles. It was then lightly wax oiled, dry stored and cared for. Its current mileage is 1990 miles from new and is in outstanding, original condition. Buying one of the last 500 minis made is very collectable, but buying one with a genuine John Cooper Garages S Works Conversion on 1990 miles is a ‘once in a life time’ opportunity. It also has the signed Cooper Sport 500 certificate, a sealed from new Cooper Sport 500 gift pack and a ‘Last made S Works’ Corgi Model set with John Cooper certificate! The work carried out by John Cooper Garages is all detailed on the invoice which is in the history file along with the original book pack, both sets of keys and the original bill of sale etc. The registration number is Y500 SPT (500 Sport) is included, which finishes off the car. This is an outstanding example and one for the collector. Free delivery to your door in my curtain sided van within 200 miles of Tiverton.